Having seen what the weapons could do, the Army hastily set about trying to obtain some of their own. In the heat of war, it was essential to supply new weapons quickly, and so an initial version was hastily improvised. The Valentine tank was a weapon which, though relatively new, was already starting to look obsolete when faced with German armor.

So the engineers looked to make adaptions to this, starting with the hull and chassis. The turret was replaced with a large, rigidly mounted armored box which housed a pounder field gun. Being installed in the box limited how far the gun could be elevated, so it lost over half its normal range as a result. The Bishop proved reasonably effective. It was used throughout the North Africa campaign and during the early stages of the invasion of Italy, before being replaced by the superior American M7.

Developed around the same time, the Deacon was designed as a tank destroyer, influenced by similar vehicles out of the United States. Its main body was that of an AEC Matador truck. A 6-pounder gun was installed on the cargo bed, with a squared-off metal shield to the front and sides protecting the gunner. Some armor was also added to the front of the truck to protect the driver, none of it more than 10mm thick.

The Deacon gave the British some mobile anti-tank power and mounting the gun on the truck bed gave it more versatility of aim than rigidly fixed weapons.

It served from until the end of the African desert fighting in , often acting as a regimental mobile reserve. The survivors were eventually sold to the Turkish Army. Throughout the war, the Allies found it challenging to field direct-firing guns heavy enough to penetrate German tank armor. At the start, they lacked guns powerful enough for the task, having underestimated the importance of such weapons in a modern arsenal. From then on, it was a race to build guns big enough. By , the British had developed their solution, namely a pounder anti-tank gun.

Now they faced a new challenge: none of their existing tanks had a large enough turret to carry this powerful weapon. They needed an interim solution until a new tank was developed. The result was the Archer Tank Destroyer. This consisted of the hull and chassis from a Valentine tank, with the turret replaced by a fixed superstructure holding a pounder gun.

When it was all put together, the gun faced backward across the engine deck.

So many were put out of commission by slippery and congested roads, night driving and unloading, rough weather, enemy action, and carelessness on the part of drivers, that the one DUKW repair company was swamped and had to have help from other Ordnance maintenance companies. Fortunately on this strange topsy-turvy front, where no rules seemed to apply, truck maintenance was not a serious problem. Distances were short, the traffic within the beachhead was severely restricted, and the turnaround trucks that came in on the LST's were serviced in Naples. Fortunately also, Ordnance supplies were plentiful compared with those on other battlefronts.

Fifth Army, expecting VI Corps to break out of Anzio in a few weeks, had set the supply level at fourteen days. Major David with Niblo's tacit consent had gone far beyond this level, requisitioning at the beginning for thirty days from Naples, sixty days from North Africa, and ninety days from the United States. The supply position was strengthened further in early February when Fifth Army took over resupply, until then handled by VI Corps.

Supplies were adequate and supply distances were short, but the success of the support operation depended largely on careful planning by Ordnance officers and the initiative and adaptability of Ordnance troops. Entrenching their vehicles and equipment, the troops worked under front-line conditions at any jobs that came their way: repairing DUKW's, fighting fires at ammunition dumps, doing guard duty at Fifth Army headquarters, practicing to convert themselves into combat troops in case of an enemy breakthrough.

The Ordnance men slept, whenever they were able to sleep in the noise and frequent alerts, wherever they could. At first they tried abandoned houses and apartments, which offered protection from the cold, damp, sometimes snowy weather. The billets of the 77th Depot Company, for example, ranged all over Anzio—"From deep caves 40 feet underground at the water's edge, through old wine cellars two levels below the street, through rooms in an old medieval fort, through a magazine in an open field filled with Italian high explosives, to the billet of a couple of second looeys on the top floor of the tallest building on the highest hill in the town of Anzio.

Paradoxically in this strange place, the safest company was the one nearest the front lines because most of the German fire passed over it, to fall on the harbor and port; also, the company at the front had room to disperse. 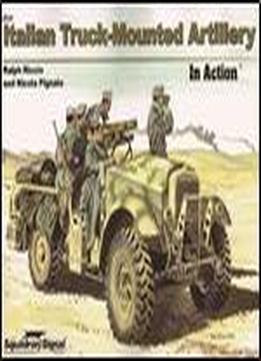 In the crowded area around Anzio-Nettuno were the heaviest Ordnance casualties and the worst cases of "Anzio Anxiety" or "Nettuno Neurosis," caused by the strain of constant shelling and bombing, added to overwork. One night 5O-kilo bombs fell near the spot where two officers of the 45th Medium Maintenance Company were sleeping on cots.

One was wounded; the other suffered such a case of shock that he had to be evacuated from the beachhead. He found it difficult to forget "the nightmare of the past month. On 1 March Niblo sent Lt. John G. In March a small detachment from the th Ordnance Base Group Provisional headquarters also arrived to serve as an Ordnance advance command post. Early in May Colonel Detwiler was given command of all Ordnance troops at the beachhead, including an ammunition battalion that had been sent forward from Naples.

One of Major David's greatest worries had been his ammunition dumps. Until 2 February he had no battalion ammunition officer and never had enough men to handle the vast quantities of ammunition that poured into the beachhead from D-day on. Of all the cargo aboard the truck-loaded LST's 60 percent was ammunition, and more about one-fourth of the total amount received came in on Liberty ships, LCT's, and LCI's landing craft, infantry.

The field storage of ammunition was perhaps the most critical problem for Ordnance at Anzio. By mid-March about 40, tons were on the ground in a small area, exposed to enemy bombing and shellfire. On D-day the 66th Ammunition Com-. Working under combat conditions, the men manhandled enormous quantities of the heavy and dangerous material.

It was a bigger job than two companies could manage. The ammunition men were mostly clerks accustomed to depending for labor on their attached Italian labor companies. David had been refused permission to bring in Italians during the assault phase; 19 and only about fifty civilians were available at Anzio.

Some help came from the Cassino front on 2 February, when Niblo sent to Anzio men from the Italian labor companies and Capt. James F.

Fisher and three enlisted men from the 62d Ammunition Battalion, but this was still not enough. Following a complaint to army by Maj. Lucian K. Truscott, Jr. The arrival of the th meant that three-fifths of the ammunition troop strength of Fifth Army was now at the beachhead, since only two out of five companies remained with the 62d Ammunition Battalion on the Cassino front. It soon became evident that an ammunition battalion headquarters would have to be brought forward. None was available. Niblo solved the problem by converting to ammunition work his 87th Battalion headquarters, then administering evacuation and fourth echelon automotive repair at Capua.

Transferring its companies to the th Ordnance Battalion, he dispatched the 87th headquarters to Anzio on 10 March and attached to it the three ammunition companies at the beachhead. He named Captain Fisher soon promoted to major the commanding officer and gave him Capt.


Paul S. Blandford, Jr. A fire occurred in one or the other of the dumps nearly every night, beginning on 7 February, when the first ASP was hit, until late May. The men fought the first fires with hand shovels and dirt, the only equipment they had.

Later they got some gallon foamite fire extinguishers and mounted them on half-tracks so they could get closer to the blaze. But it was the tankdozer that saved the day. Fighting fires with tanks, which protected the men, had first been tried in Tunisia. At Anzio Maj. John Merrill, VI Corps ammunition officer, suggested putting a bulldozer blade on the front of a tank to scoop up the dirt. Its heavy tank maintenance companies got bulldozer blades from the Engineers and welded them to M4 tanks and T2 tank recovery units M3 tanks equipped with cranes.